You Had me at Food 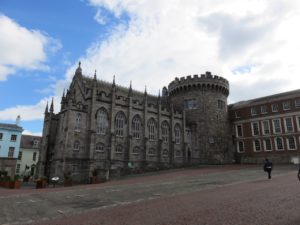 One of our favorite ways of getting acquainted with a new “home” during our travels is a walking tour. It may not cover as much territory as a motorized tour but we get to see a location up close, get some exercise, and learn more about local culture and history. On walking tours, we also have more opportunity to get to know other visitors. In some instances these tours will be advertised for “free” meaning that the guides are working for tips.

We’ve had some interesting guides. We took two walking tours on one sunny July day in Dublin with our friend Mary—partly to keep her awake to recover from jet-lag, partly to get to know the area better. 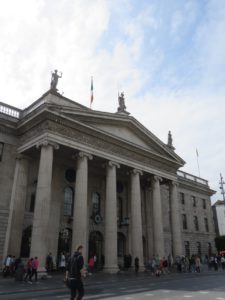 The GPO–HQ for the Easter Rising

The first guide covered southern Dublin which includes the River Liffey, the Temple Bar area, Trinity College, and other notable sites. His tour was decent until he went on an extended rant about large companies (Starbucks, Hard Rock Café, etc.) moving into Dublin tourist areas and then spent about thirty minutes trying to sell a whiskey and beer tour later that night. Frankly, we almost walked away. Expressing your opinion or promoting your other products is fine—just don’t cross the line from passionate to annoying.

On the other hand, in the afternoon we took a tour of northern Dublin from a guide named James. I mention his name because he did a great job and deserves credit. A good portion of our afternoon walking tour focused on the 1916 Easter Uprising (see my post You Say You Want a Revolution) He was passionate about the subject and knowledgeable in part because his grandfather was one of the 90 rebels condemned to death. Fortunately for James, after 15 executions public opinion turned strongly against the British and the rest of the death sentences were commuted. James also pitched the pub tour, but without the blunt instrument approach. 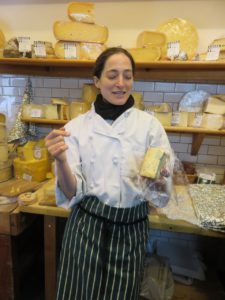 However, our favorite type of walking tour is…the food tour. We get a chance to sample a good variety of appetizers, entrees, treats, and beverages—and learn a bit about the history and culture of the area. Since many stops are sit down affairs we also have a chance to spend more time connecting with other travelers.

The guides are usually locals who can offer advice on anything ranging from the best local theater options to how to fend off the biting insects (called midges) in Scotland. They often take you to places that you’d overlook if it weren’t for the tour.

Doing a food tour early in our stay introduces us to restaurants that we sometimes go back to and help us get acquainted with the geography of a new city. They can sometimes be a bit pricey, but are often one of the more memorable parts of a stay. 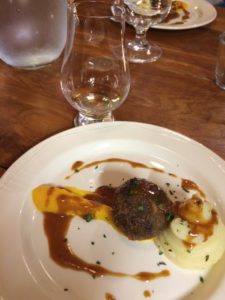 Here are some that we did and can recommend: 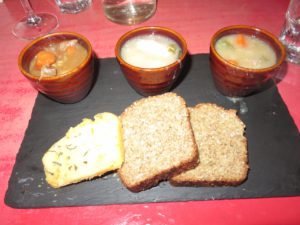 London: Eating London East End Food Tour We’ve never been to the East End and our guide Emily, a former resident, was enthusiastic about it. We also saw the actor Jonathon Pryce (Game of Thrones, Pirates of the Caribbean, etc.) in a restaurant there, but gave him his privacy. 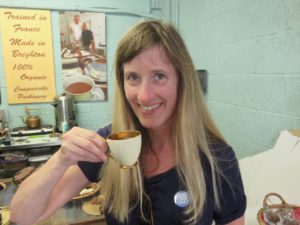 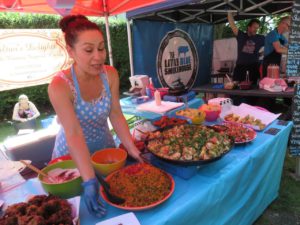 Turkish delicacies in a Brighton Market

Brighton: It’s not only big cities that have food tours. During our stay in Brighton-Hove at the southern end of England we took in the Brighton Food Tour on a sunny day in this seaside city. Our guide and co-owner of the tour company, Angela, showed us out of the way places and even talked about the local political culture. Chocolate, barbecue, gelato–with a lot of stuff in-between. And Laurie tried the oysters at one stop–even though she hates them. She still isn’t won over but says these are the best she’s tasted. 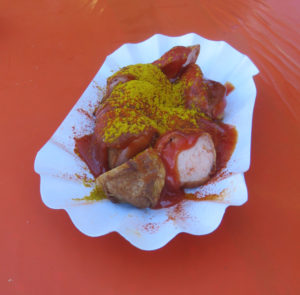 Berlin: One of our favorite cities in the world also has some of the most varied food. Sam, our guide and owner of Bite Berlin Food Tours took us to the upscale Turkish restaurant founded by the creator of doner kebab, a spot for authentic Vietnamese style burgers–and plenty of authentic German food like curry wurst, pretzels, and raspberry cake. This tour took place in what was once East Berlin and it was cool to see how things had changed since the fall of the wall and to learn how ethnic foods evolved differently in the different sectors. It was fun to learn how over imbibing customers let to the first doner kebab and post war barter between a German woman and British soldiers inspired the popular Berlin treat, curry wurst.

How about you? If you have a walking tour—food or not—that you can recommend, share it in the comments section. 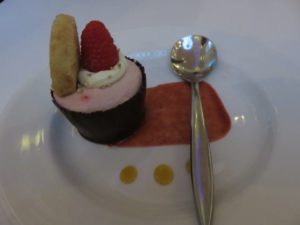 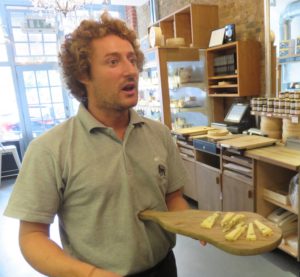