There are no other Everglades in the world.
Marjory Stoneman Douglas 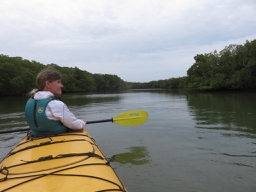 Up until this journey our experience with Florida has been limited to Key West and Disney World—two places that are in many respects nations in themselves. But on this trek we’ve had a chance to experience a more wild Florida—wild as in natural, not wild as in Spring Break.

Over the past few weeks we swam with manatees in Crystal River on the Gulf Coast, explored the Everglades by kayak and tram, and relaxed in a cabin in Blue Spring State Park in central Florida.

Here are some fascinating facts about the wild side of the Sunshine State: 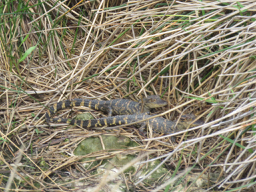 The Everglades are not a swamp, but a wide, slow-moving river fed by the Kissimmee River and Lake Okeechobee to the north. It is the largest subtropical wilderness in the United States and a World Heritage Site. One of the more disturbing things we learned is that much of the wildlife in the glades is being wiped out by Burmese Pythons, introduced to the area by careless pet owners decades ago. About 30,000 of these non-native snakes now infest the area and have nearly wiped out native species including marsh rabbits, white-tailed deer, and river otters. 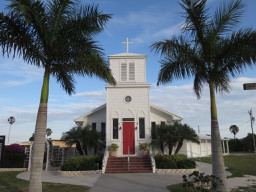 Everglades City. We spent two nights in this small town located on the Gulf of Mexico side of the Everglades. Unfortunately, the right season to be in this area is December through March. In April, the waters are low which limit where you can kayak, and mosquitos are hungry and active. Everglades City is very small town Florida. About 17 students will graduate this year from the all-grades school. One local nicknamed these kids “crabbers” for the fact that if they stay here they’re likely to work in the stone crab fishing industry or local tourist industry. If you make it to this charming city be sure to eat at the Camelia Street Grill and shell yourself some fresh caught shrimp—or bite into some gator. 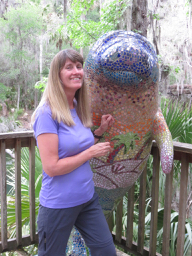 Stone Crabs. Speaking of crabs, Laurie was puzzled that crab claws were on the menu but not the whole crab. Back in Seattle if you catch a legal crab the whole thing goes into a pot. But if a legal stone crab is caught the fisherman breaks off one claw and releases it back to the sea where the claw will grow back—until it’s caught again.

Mullets are more than haircuts. Floridians smoke this fish and turn it into tasty dip. Laurie is not a fan of white fish (whereas I’ll eat almost anything) but she did take a liking to this Florida delicacy. In Crystal River check it out at Charlie’s Fish House—in the restaurant or the adjacent seafood store.

Armadillos can successfully cross the road. Most of our sightings of these armored mammals have been as road kill, but in Blue Spring State Park one crossed the road in front of us as we were walking to our cabin. They have an unfortunate habit of jumping straight up when startled—for example, by an oncoming car. Even though they look like a cross between a miniature rhino and a box turtle, they fall into the “so-ugly-they’re-cute” category. 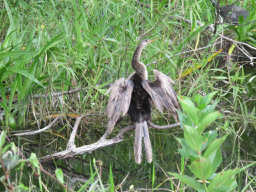 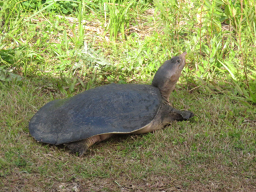 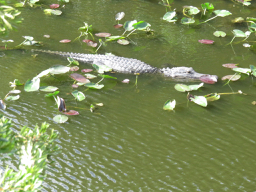 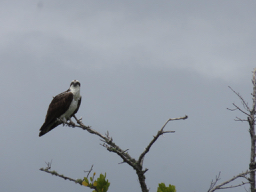 Trip Update. Florida is the farthest state from our starting point. We’ve had lots of questions from people who noticed our Washington State license plate. I sometimes tell them that I missed a turn in California and am too stubborn to ask for directions. 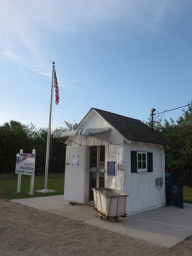 We’re now in Saint Augustine—the oldest, continuously occupied European settlement in the United States—for just a day, but will then be spending three nights at a most unusual Airbnb in Jacksonville, Florida.