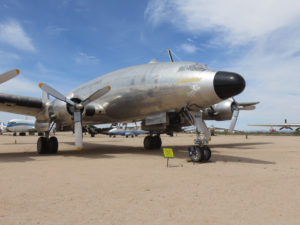 The Pima Air and Space Museum outside of Tucson, Arizona is a world class display of aviation history. There are thousands of stories inspired by that place. I could talk about the US Army Air Corps pilot who got credit for shooting down aircraft from Germany, Italy, Japan—and the United States; how Wilbur and Orville Wright tried, and failed to create a monopoly in the aviation industry; or the B-17 bomb group that flew missions to deliver payloads of food to save Holland from starvation. But for this post I’m going to tell my own story, and the journey that Laurie and I never made.

In 1987 I was at the end of a four-year assignment in Minuteman II missile operations at Malmstrom AFB in Montana. I had taken an assignment to go to the Ground Launched Cruise Missile (GLCM) program in Florennes, Belgium. We were excited about going to Europe and I was pumped about being able to use my high school French and have a job where I was paid to deploy to the Belgian forests and dig foxholes. 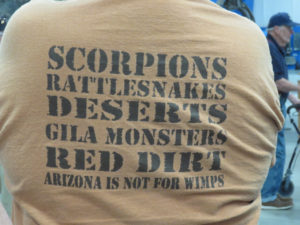 Arizona is not for wimps–as the shirt sez

The assignment started with an assignment to the GLCM school at Davis Monthan AFB in Tucson.  Laurie and I were looking forward to our sojourn to the desert so much we had even subscribed to the Sunday edition of the Tucson daily newspaper.

The movers were scheduled to take two days to pack up our household goods. At noon on the second day they took off for lunch, with just a few hours of work left.

While they were on their break, I got a phone call from my squadron. My assignment was cancelled because of an arms reduction agreement with the Soviets. For two weeks, I worked to find a new assignment. For Laurie, whose accountant mind dislikes uncertainty, they were challenging days.

Eventually I landed an assignment to be the Airfield Manager at Sembach AB, Germany. It turned out to be a great assignment where experienced amazing—and tragic, historical in the Fall of the Berlin Wall, the Ramstein Air Show disaster, and the First Gulf War.

At the Pima Air Museum, Laurie said I was “a kid in a candy store.” We took an outstanding two-hour tour, guided by John Miller, a former Air Force pilot who had been stationed in Germany (long before me) and had 200 missions in Vietnam in an F-4. We saw A-10s like those that had been stationed at Sembach AB while we were there. We also saw a Navy C-9 named “The City of Dublin.” During the First Gulf War, two Navy C-9 transport squadrons were stationed at Sembach. That C-9 may have been one of those based there for the war. We nicknamed the base “Sembach Naval Air Station” for the duration. 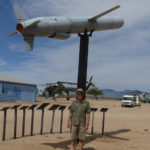 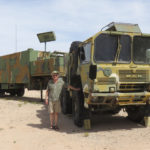 I also got to see static displays of the GLCM launcher, command center, and missile. Although I believe we were better off for being assigned to Germany, it was interesting to see the equipment and imagine the Belgium experience.

Notes. From the Pima Air Museum, you can also take a tour of the Davis Monthan “boneyard” where over 4000 aircraft are mothballed. We arrived at the Pima museum at 9:30 and all the tours up through 2:00 were already booked. Book ahead if you plan on a boneyard excursion. There is also a Titan II museum south of Tucson where you can go down into a former Titan launch control center and missile silo. Because I had been down for a tour during an operational Titan site during my college days (possibly this very one) and Laurie said she’d seen enough launch control centers, we skipped it. And yes, it’s true that much of my Air Force career is now only suitable for museum displays. In fact, if you go to the museum at Malmstrom AFB you can see my desk from when I was a flight commander. 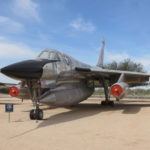 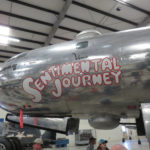 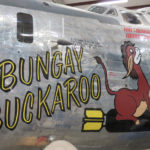 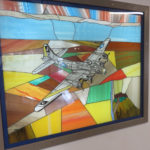 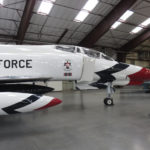 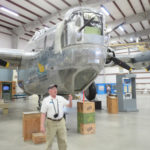 John Miller, Guide and former fighter pilot, in front of B-24 Liberator 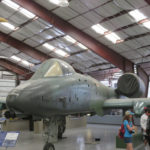 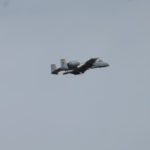 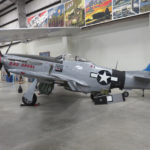 Trip Update. It’s Day 20 of our Journey Across America. We’re in Texas, our seventh state. This part of the Lone Star state really does lend itself to the quote “We’re [on the] corner of no and where,” from the Firefly TV series. Laurie mentioned that by this time we’d be halfway through our 40 day walk across Spain. Very glad this is not a walking journey.

On Saint Patrick’s Day, we wound up staying in Fort Stockton—maybe the only place in America where they don’t celebrate the holiday. We’ll have to wait until San Antonio for corned beef cabbage and a Guinness.