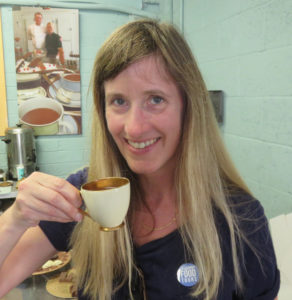 During our trek across Spain, Laurie and I started a habit of returning our dishes and glasses to the counter when we were done with a meal. Both of us had done our time in food service so we are sympathetic to servers. And the staff in many of the places we stopped were very busy. I often saw one person doing a job that would have been covered by several back in the states.

The other reason is that we are on a personal crusade to raise the reputation of Americans abroad to counteract the “Ugly American” reputation. We may not be able to completely counteract the black eye our country gets when Olympic swimmers trash a bathroom and then claim they were robbed at gunpoint, but we can do our part. 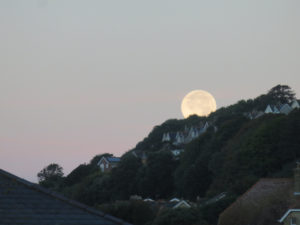 Moonset over Ventnor, Isle of Wight

Our crusade led to a funny interchange with a fellow pilgrim from England a day out of Leon. We encountered Corey, whom we had walked with before, when we stopped for a drink. As we were finishing up we started to gather up our dishes to take them inside and explained our efforts to counteract the Ugly American image. He offered to help but I told him, “No thanks, I’m trying to fix the American image. You Brits don’t have the reputation we do.”

We’re now living in England on the Isle of Wight and recently had a conversation with a 92-year-old resident that cast our habit in a funny light. 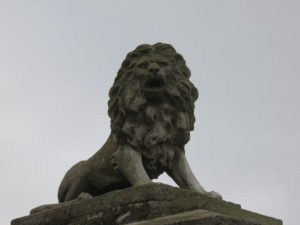 We were walking to the grocery store when we encountered a woman sitting at a table in her front courtyard, right next to the sidewalk. She had seen us stop at the library just a few doors down and asked us if it was open. When we told her it wasn’t opening for another twenty minutes she picked up on our accents and pegged us as Americans. She started to talk to us about her service as a nurse during World War II and dining with American officers the night before D-Day.

After a few minutes she invited us in and we spent a half hour sharing stories. She then asked us if we’d like to join her for tea at the Royal Hotel, an establishment built in 1836 that has been listed in every Michelin Guide since its first publication in 1911. 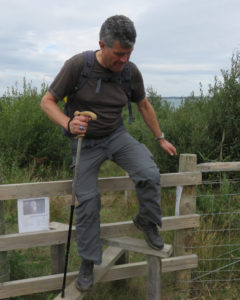 We were a little concerned about our limited wardrobe—living out of travel size suitcases limits our options, but had a great time visiting with her at the Royal Hotel that afternoon. Her stories gave us insight into a different era and culture. And frankly, we probably would never have stopped into that grand establishment but for her invitation.

She did shed some light on the class structure in England with one comment. She said that in finer establishments the staff might ask of a person, “Do they stack their dishes, or are they gentry.” It brought to mind our habit of not only stacking, but returning, our dishes at many restaurants during our travels.

We laughed about this as we walked home from our delightful tea with our interesting friend. We decided to keep “stacking our dishes,” even if it disqualifies us from the gentry. Being nice is more important. 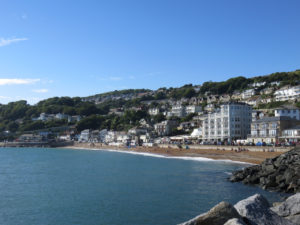