Posted by Dennis Brooke on Jun 26, 2016 in Europe, The Camino, Travel Update | No Comments

Some of the best experiences are born out of disappointment. 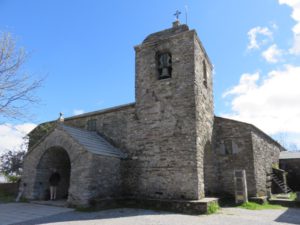 We were about a week away from Santiago. I was in pain from tendinitis and both of us were nursing blisters. The guidebook we relied on recommended staying in the small village of O’Cebreiro which contains a 9th century church—the oldest associated with the pilgrim way. But that would involve a 29 km trek with a 700-meter climb at the end—a climb so steep that a company offers horseback rides for tired pilgrims. 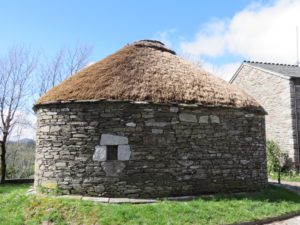 Instead, we walked only 21 km and stayed in Las Herrerias at the foot of the hill, the base camp for the horseback rides. A good staging point for us and an opportunity to heal up a bit.

In the morning we started the climb up and were rewarded with some amazing views. It was hard to believe that our route was the site of a bloody British Military disaster during the Napoleonic wars. Before our trip I had read James Michener’s Iberia. He has a chapter on the Camino and describes in detail General Sir John Moore’s ragged retreat through the snowy mountain passes around O’Cebreiro in the winter of 1809. Undisciplined soldiers and skirmishes with Napoleon’s troops left a trail of bodies and bloody footprints. 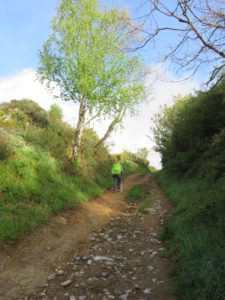 Hiking up to O’Cebreiro

But on this morning we walked with other pilgrims on quiet roads and dirt paths through small villages. The short day before paid off. We felt good as we made the 700-meter climb and crossed out of Castilla into the region of Galicia, and reached the top of the hill.

In O’Cebreiro we visited the 9th century church and one of the traditional pre-Roman Galician round houses, called pallozas. Then we set off for the village of Alto do Poio only 10 km away. It was only going to be another short day with a chance to recover from our injuries. 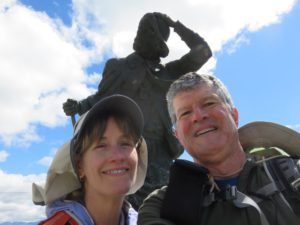 At the Pilgrims Statue on top of the pass

Alto do Poio consists of a small albergue and a hostal on opposite sides of a busy road. It’s not even a wide spot on the road. The albergue smelled. We were uninspired. Our short day was going to get a bit longer.

We hiked another 3 plus kilometers on the trail until we reached Fonfria, where the main drag is a dirt road. It’s a working farm town where the dogs seem to be on permanent siesta and the chickens run free like pigeons in Paris. We bypassed the albergue in the village because the guidebook showed it had large dorms—a recipe for a poor night’s sleep. But when we reached the hostal at the far end of town it was booked. 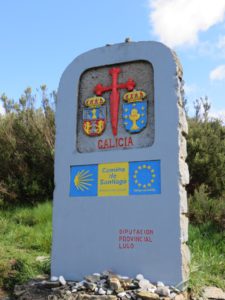 Now we had a tough decision. The next few villages were also small with few sleeping options. So we decided to take a second look at the albergue we’d bypassed.

There was a bodega at the entrance to the albergue that was filled with pilgrims talking, catching up on email, and taking an end of the day break. Since there was no bar, or even market, in town, it seemed to be the social center.

The young man checking us in offered us a bunk in what he called “The Happy Couples Room.” He showed us to a room with about twenty sets of Ikea bunk beds, but the bottom one of each was a double—we could sleep next to each other. The existence of a washer and dryer so we could skip the handwashing routine sealed the deal.

The albergue that we had bypassed at one point turned out to be one of our favorite stays on the Camino. After getting settled in we retired to the bodega where we struck up conversations with a man from Dallas, a woman from Marin County in California, a pair of American sisters originally from the Philippines, and two young women–a Canadian law school graduate and a Finn on a short holiday—who had paired up on the trail.

At one point our conversations were interrupted by rush hour in Fonfria—a herd of cattle being driven from the fields to their barn. A unique experience for us city dwellers. 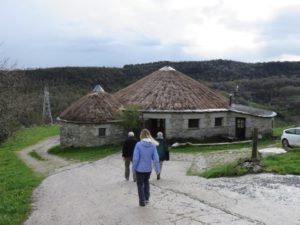 For the pilgrim dinner we retired to a traditional Galician Palloza, a round building with a conical roof made of rye stalks. We sat mostly with German pilgrims, several of whom we’d talked to on the trail before. While the albergue staff served us Galician dishes we shared stories about our three years in Germany when I was an Air Force officer and adventures on the trail. One of our best meals and a great introduction to Galician cuisine. 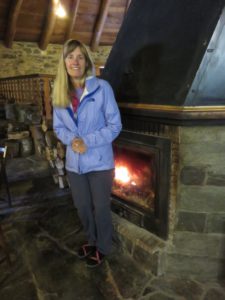 Laurie in her favorite spot–next to the fire 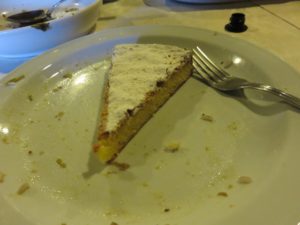 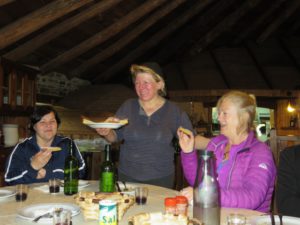 Galician dinner in the palloza 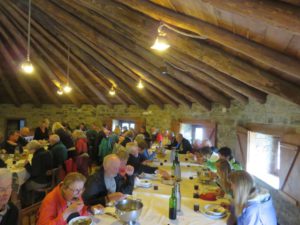 Pilgrim dinner in the palloza 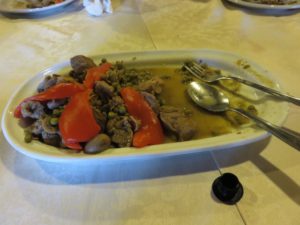 And despite our concerns, the “Happy Couples” room was relatively quiet. Big dorms usually mean at least a few loud snorers and a bad night’s sleep. But we slept well.

Out of disappointment came one of our best experiences on the Camino.T