Posted by Dennis Brooke on May 3, 2017 in Travel Update, United States | 4 Comments

There is a growing feeling that perhaps Texas is really another country, a place where the skies, the disasters, the diamonds, the politicians, the women, the fortunes, the football players and the murders are all bigger than anywhere else.
Pete Hamill 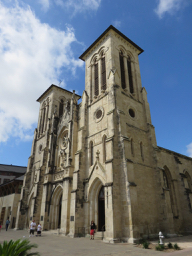 We spent ten days in Texas, the former republic that my friend Kim called “The Never-Ending State.” Here are just a few of the interesting things we learned from our brief visit.

Fort Stockton and Saint Patrick’s Day. We spent March 17th in Fort Stockton, Texas, choosing it because it was the largest city between our stay in Las Cruces, New Mexico and San Antonio. We hoped it would find a good place to celebrate Saint Patrick’s Day, unaware that this city of about 9,000 may be the only place in the country that does not celebrate this important holiday—unless you count the one establishment that said they would be serving green beer. Does. Not. Count.

Although I bet they do a bang-up Cinco de Mayo. 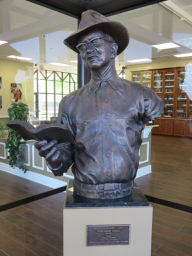 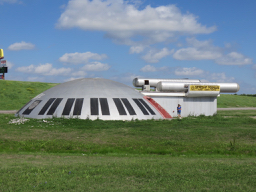 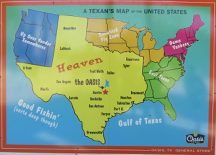 The Republic of Texas. The Mexican province of Tejas won independence from Mexico in 1836, after a civil war that included the battle that spawned the cry, “Remember the Alamo.” Texas existed as a republic for nearly ten years before being annexed as the 28th state. We also learned that Vermont was an independent republic longer than Texas—for 14 years.

Border Dispute. The U.S. border between Texas and Mexico wasn’t settled until…1963. We visited Chamizal National Memorial near El Paso, the site of a 100-year old border dispute between the United States and Mexico that wasn’t settled until 1963. 600 acres were in question because of shifts in the course of the Rio Grande river. Land swaps, resident relocations, 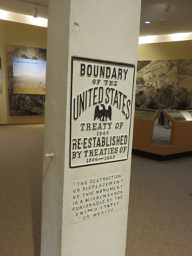 and a permanent channel for the river resolved the dispute which is the subject of the 55-acre park.

Grasslands of History. Much of the land near San Antonio and south used to be rich grasslands. Fires set by the indigenous Indians regularly renewed the land. When the Coahuiltecan people gave up their hunting and gathering lifestyle to live in missions and cattle overgrazed the land, it gave way to cacti and scrub brush around the time of the Civil War. The beautiful grasslands exist largely only in memory.

Geographical Variety. Speaking of grasslands, there is a tremendous variety in the topography of the state. Beautiful lakes, rolling hills, piney woods, fields of wildflowers—to offset the hundreds of miles of barren plains broken only by highways bordered by sagebrush and spotted with armadillo road kill being picked at by vultures. 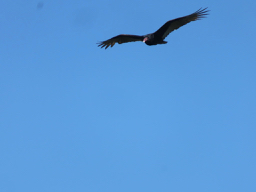 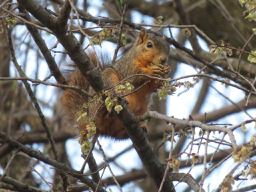 Deadliest Disaster. The deadliest natural disaster in the United States was a hurricane that struck Galveston in September of 1900. Around 10,000 people were killed—more than have died in total in every tropical storm to strike the U.S. since. The “Hurricane of 1900” occurred before storms were named, but the story is told in the outstanding book, Issac’s Storm by Seattle area author, Erik Larson. 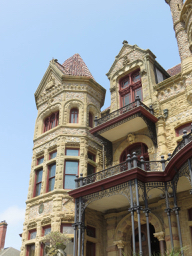 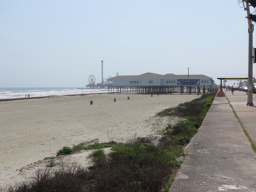 Trip Update. After a great stay in Jacksonville, Florida, we spent two days near Charleston, South Carolina with Barb, a long-time Air Force friend from our days in Germany, and her new husband, Omer. Was great catching up with her and getting to know him. Unfortunately, we had no time to explore Georgia or the Carolinas. We’ll have to return.

We’re now in Charlottesville, Virginia for three days to do some touring and did a day hike of the Appalachian Trail. The same trail portrayed in the Bill Bryson book and movie, A Walk in the Woods.