My favorite thing about New York is the people, because I think they’re misunderstood. I don’t think people realize how kind New York people are.
Bill Murray

Just after Thanksgiving, Laurie and I spent ten days in New York City with our friends Fred, Trish, and Julie in order to enjoy the Christmas season. The last time we were in the city was in the mid-90’s when we lived across the river in New Jersey—and the twin towers still graced the sky.

We were pleasantly surprised by many changes. Among them:

The people were friendly. In general, the locals were really helpful. In several cases other subway passengers pointed us in the right direction when they could hear from our conversations, that we were going the wrong way. Service staff in restaurants and other areas were also great. Contrast that with a trip in the mid-90’s when I asked a street vendor where the New York Public Library was. As he gave me a rude brush off I looked over his shoulder—it was right behind him. 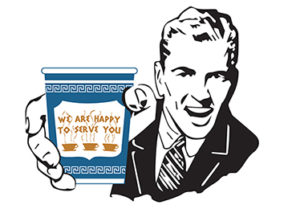 Brooklyn itself is very cool. We stayed at an Airbnb which was an easy subway ride to Manhattan. Brooklyn was an independent city until it became part of New York City in 1898. If NYC was dissolved into its five separate boroughs (including Manhattan, the Bronx, Queens, and Staten Island) it would be the third most populous city in the U.S. after LA and Chicago. We spent a lot of time in Brooklyn itself on walking tours, food tours, and frequenting great restaurants and breweries. One of the other participants on a walking tour of Brooklyn and the Brooklyn Bridge was from Paris. She said in France they have a saying, “Tres Brooklyn” which means very cool.

Fat Squirrels. The squirrels in the city are, shall we say, “very well fed.” If you go to the city be sure to keep some lettuce in your pocket if you want to give them a snack. They’re obviously getting too many high cholesterol treats.

It’s a Safer City. New York has lower rates for violent crime and property crime than…Seattle? One of our tour guides mentioned that fact and I looked it up. Based on several different sources, he’s right. I have to admit that I did feel a lot more comfortable on this trip than I used to.

Coal Fired Ovens Make Great Pizza. Coming from Seattle where there is plenty of timber, wood fired pizza is very popular. When I saw coal fired pizza advertised I imagined the taste of coal impregnating my lunch. What’s next: used engine oil fired pizza? But it actually is very tasty, with no hint of coal. Coal fired ovens burn hotter than wood fired, producing crisper pies. Don’t turn your nose up at the idea.

Your Ideas? What are your favorite things to do in New York City? Have any of your own travel tips? Favorite books about the area? Please use the comments section to share them. Don’t keep them a secret.

*Laurie retired from Starbucks after almost 21 years. Each time you stop at the Emerald Siren you’re supporting our retirement…at least a little bit.