The Charm of Small Town America 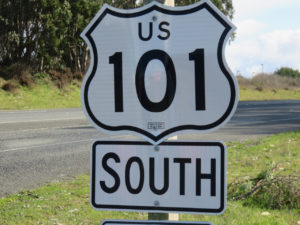 During our Journey Across America we visited major cities including Miami, Boston, New Orleans, and Chicago. Metropolitan areas have a lot to offer. But small towns have their own charm.

One was Las Vegas. You’re probably thinking: “Las Vegas is a small town? Were you exposed to too much sun on your trip?” But I’m talking about Las Vegas, New Mexico—population somewhere just north of 13,000. 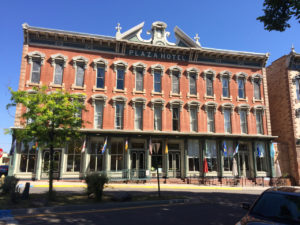 While searching for an overnight stop in between Denver and Albuquerque, Laurie found an interesting looking hotel in that place. In Las Vegas, the Historic Plaza Hotel overlooks a quiet village square where kids play and people stop to chat. The main hotel staircase served as the setting for a chilling scene in the movie No Country for Old Men, where a hitman confronts a bounty hunter played by Wood Harrelson. Walking down the streets to the local pub and the restaurant where we dined was peaceful, and felt very safe. 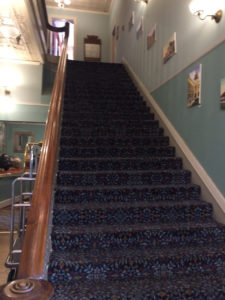 “No Country for Old Men” Staircase

It turns out that Las Vegas has served as the setting for movies from Easy Rider to the current television series, Longmire. When we started watching that fascinating show, we recognized that Las Vegas was the stand in for the mythical town of Durant, Wyoming. 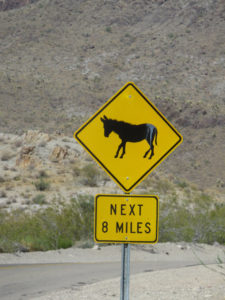 Las Vegas, New Mexico is not a tourist town, but Oatman, Arizona certainly is. This former mining town on an old section of Route 66 is known for the feral donkeys, descendants of those brought here by miners. These donkeys are for the most part friendly, in fact, friendly enough to follow you into local establishments. They sport names like Jade, Opal, and Lilly. By tradition, the first resident to see a new foal gets to name the newcomer. 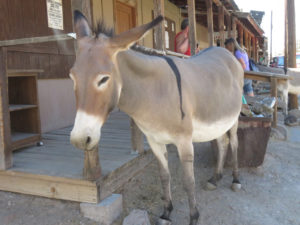 They do have their moments though. One shopkeeper told us that a pair of them got into a fight and one body slammed the other into her car. She had a great time explaining that two-thousand-dollar body shop bill to her insurance company. 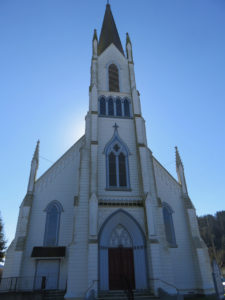 Early in our journey we stopped in the town of Ferndale, California to attend Ash Wednesday services in a small, wooden church. The place stands out because they had a very clever way of helping parishioners pick out unique, Lenten observances. Many people commonly pick something like giving up chocolate or losing weight. But at the end of our service we were invited to select a sacrificial observance from a large fish tank in the back of the church. Laurie picked out a daily prayer that we started saying every day. My suggested observance was to write a note every week to someone who has been influential in my faith journey. It was a great way to try something new for the Lenten Season.

I’ve already written of our great experiences in Rockland, Maine, in the post In Search of Lobster and Winslow, Arizona in the post Standin’ on a Corner…. Many other small towns stood out for their own charms, friendly people, and interesting history.

The U.S.A. is a great country. When you’re on the road, don’t overlook the interesting places sprinkled in between destination cities.

Question: Is there a great small town that you think people should visit, and why?