Escape to Summer: A Season in the Skinniest Country 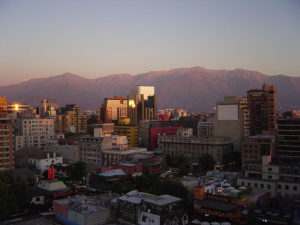 Imagine carving out a new country on the west coast of North America. This new country is long, but skinny. It starts out near the southern tip of Mexico—just south of Guadalajara. It runs north and ends just north of Ketchikan in the Alaskan Panhandle; a long country.

But it’s also narrow. The widest point is 217 miles, which is roughly the distance from the Ocean Shores on the coast of Washington state to a point 20 miles west of Moses Lake in Eastern Washington.

Chile. In some respects, this long and skinny country is also an island. On the west, it’s bounded by the Pacific Ocean. On the East, it’s separated from other nations by the Andes mountain range. The capital city of Santiago lies at 34 degrees south latitude. Los Angeles, California by comparison is near the same latitude in the north. 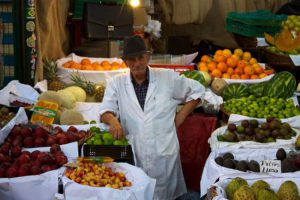 For most of the next three months this country will be home for Laurie and I. Our initial four weeks will be spent in a Spanish language immersion program in Santiago. We are living with a Chilean family and spend about half our day in language programs. Although we have been informed that the second day of classes has been cancelled, since Pope Francis is visiting the city and a national holiday has been declared.

Our classes are less than a mile from our host family’s home—a pleasant walk since it’s summer here. When we need to get around town Santiago has one of the best metro systems in South America. And when we need to rent a car for trips further afield, we’ll be glad that they drive on the right side of the road, just like home. 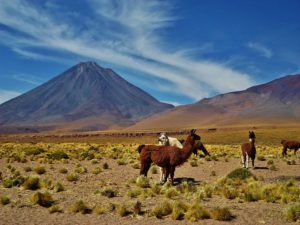 After our Spanish language course we hope to visit friends in Rio de Janerio in Brazil for ten days—if we can get Laurie’s visa situation resolved.* Then we return to Chile for the balance of February and March. Exactly where we stay, is still to be decided.

We plan to work on our Spanish language skills, explore a new country, and even do some volunteer work with Habitat for Humanity. I also expect to find out what llama tastes like. Laurie says she’ll pass—but we’ll see. She did take a liking to haggis in Scotland. 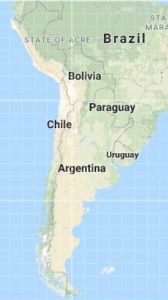 It will be a time to learn a new language, see a new country, and enjoy a new continent.

*Thanks to the U.S. Postal Service, which lost her passport.