Posted by Dennis Brooke on Mar 22, 2016 in Goal Setting, Preparation | No Comments

When it comes to preparing, we are so not Cheryl Strayed.

Cheryl is the woman whose personal struggle was portrayed in the movie Wild starring Reese Whiterspoon. When Cheryl was a senior in college her mother died suddenly of lung cancer. Cheryl eventually descended into a life of drug use and depravity.

To her credit she decided to turn her life around by tackling a monumental challenge: Hiking 1100 miles of the Pacific Crest Trail from the Mojave Desert to the Oregon-Washington border.

But Cheryl showed up at the trail head with untested gear and so much of it, that she struggled just to stand up under the weight of her pack. When set up camp her first night she found that she had the wrong fuel canister for her stove and was condemned to eating cold mush and other foods meant to be served hot. Because her shoes were too small and not broken in, she lost six toenails and suffered blisters. A fellow hiker named her pack, “Monster.”

See the move trailer here for hint of what I’m describing:

To Cheryl’s credit, she gutted it out and received enough help and advice that she made it. Her memoir of the hike and her personal struggle was an Oprah’s Book Club selection. And, how many women can claim to be portrayed by Reese Witherspoon in a movie?

But Laurie and I like to approach life in a way that gives us a better shot at success. That’s helped us retire at age 55 and prepare to set out to rove the world. We’ll be houseless—but not homeless. We’ll have the right foundation to get the most out of our experience, and hopefully minimize the blisters and loss of toenails.

Through this site we’ll describe our travels. We’ll also share our experiences about setting goals and preparing for life decisions and changes. 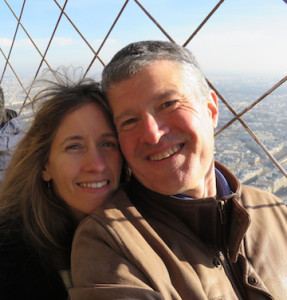 If you don’t like change—this isn’t the blog for you. But if you’re up for something new, we hope you’ll follow us and join the conversation.