Pitching in at the Food Bank 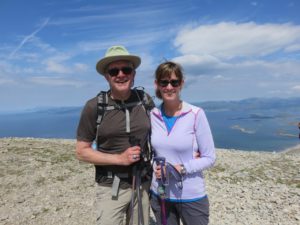 Much to our disappointment, none of the local churches responded to our offers to volunteer. And while there is a Habitat for Humanity organization in most countries we visited, they didn’t have active builds going on.

But we did manage to connect with the Isle of Wight Food Bank. Laurie and I spent three mornings working with the great staff and volunteers at their warehouse and got to learn about how food banks operate on our charming little British Isle. 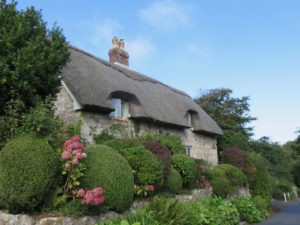 The key element of the food bank network is the distribution center or café. There are seven of these centers spread out across the island. Each is more than just a place to pick up food. They’re also a place to sit down, have a cuppa, and chat. The café format is also more appealing to people who are reluctant to accept charity.

One of the things that we found interesting was the additional services for foodbank patrons. Some of the cafes offer a six-week course on cookery and budgeting called “Eat Well, Spend Less.” The distribution center at the Cowes warehouse even has a second hand clothing store. The intention is that the foodbank is a short term option to help people get back on their feet and be self-sufficient. 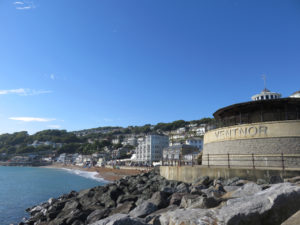 We originally asked to help out at the local foodbank in our town of Ventnor. But volunteering in a café requires training and screening. Fortunately, working in the warehouse at the other end of the island only required an interview, a willingness to work, and an hour bus ride each way.

Our three shifts in the warehouse were not only a chance to give back, but they were an opportunity to learn more about the local culture from the other volunteers. You can learn a lot about a place from a guidebook, but we love hearing the stories of people and being able to ask questions.

On one shift I had a chance to see a good chunk of the island when the driver’s buddy for the delivery van couldn’t make it. We covered a good chunk of the island making deliveries to cafes and picking up donations from stores and distribution centers. It was a great chance to swap stories with the driver and clear up questions about sports. He was curious about why there were not more lateral passes in American Football. I wanted to know about the local rugby scene.

No, I didn’t drive. I’m pretty sure they don’t have that much liability insurance. 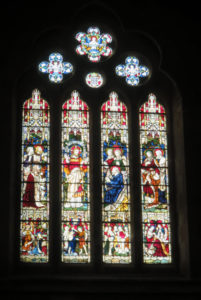 During our three weeks of helping out we were impressed with how the foodbank network is integrated with other services and the dedication of the volunteers. The Isle of Wight Foodbank network is actually part of a larger network of foodbanks across the UK under the umbrella of the Trussel Trust. It’s a great partnership between Isle of Wight churches, businesses, the trust, staff and volunteers.

During our time with them it was very clear that the people of the Isle of Wight Foodbank were justifiably proud that they were taking care of the needy of their island. We’re glad we could be a small part of that effort.

Trip Update: We are “at home” in Auburn just south of Seattle through February. I speak at the Search for Meaning Book Festival on February 25th and then we’ll set off for a US tour through July, ending with Route 66.