My first wish is to see this plague of mankind, war, banished from the earth.
George Washington 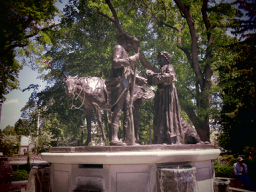 When Laurie and I lived in New Jersey we spent two years in Morristown. The city is noted for being the headquarters of George Washington for two separate winters during the Revolutionary War. His in-town headquarters for the second stay, Ford Mansion, is part of the Morristown National Historical Park. If you’re in the area around Christmas, be sure to visit and see it decorated for the holidays.

During the winter of 1779-80 Washington’s Continental Army was encamped at Jockey Hollow, just south of Morristown. Most American schoolchildren learn about the brutal winter the army spent in Valley Forge, Pennsylvania but know nothing about Jockey Hollow, which in many measures was worse.  In Jockey Hollow, the force of ten thousand plus soldiers endured some of the harshest conditions of the war—including at least 20 snowstorms that cut off supply lines. One private wrote, “The weather was cold enough to cut a man in two.” 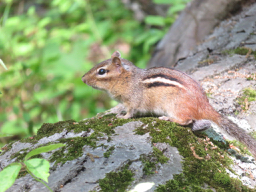 I must say that I find the history of our former residence is impressive, but their mountains—not so much. Within the confines of Jockey Hollow is Mount Kemble, which we failed to find during a morning hike. Maps show that Mount Kemble is 705 feet high. In Washington State, we wouldn’t even classify that as a foothill.

One thing that is fascinating is the leadership that General Washington used in preserving an underfunded, undermanned army. A visible example is related to the recreated soldier’s huts at Jockey Hollow. Washington ordered the huts of the enlisted men be built first. Only after they were completed, could the officer’s huts be built. I wish that more modern leaders followed that type of example. 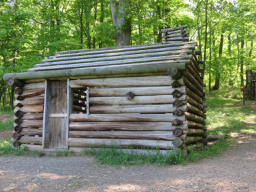 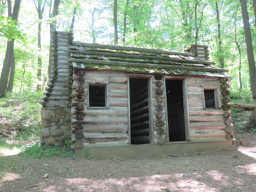 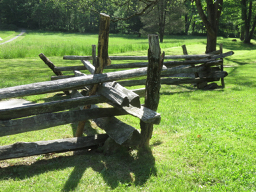 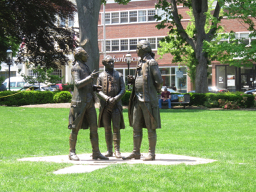 We were glad to see that downtown Morristown is doing well since we left in 1994. The village green where the Continental Army used to drill has new monuments to accompany the old. Empty storefronts have been filled with new businesses. We found a friendly place to grab a craft beer—and a spacious Starbucks. Most of the old restaurants we used to frequent are now gone, but Portofino’s, one of our favorites, has expanded twice since we left. And Friendly’s, a regional ice cream chain is still going strong. We met our friends Chuck and Melissa there and had a chance to catch up on what’s been going on since we last saw each other over 20 years ago.

We had great experiences and met great friends during our two years in Morristown. It’s one of those towns largely unknown but worth a visit. And if you go to Jockey Hollow and take a walk through the ghosts of our forefather’s encampments—maybe you can find the elusive Mount Kemble.

Trip Update. We’re now in Chicago and only a few days from setting out on Route 66, the Mother Road.