Confession Time: When we started our hike across Spain in April of 2016, we expected the cuisine to be very similar to Mexico. Boy, were we ignorant. Where the food in our just-south-of-the-border neighbor tends to be spicy, Spain was, in general, bland. And in Mexico what they call a tortilla is basically a flat bread. Spanish tortillas are more like a potato and egg omelet. Both are good in their own right—but very different.

Food in Chile has also yielded some surprises.

Beverages in Chile are worth discussion. 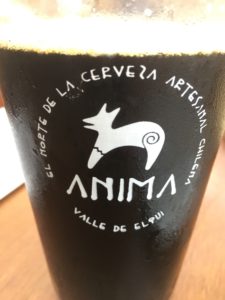 A stout from northern Chile

Frankly, I could go on for many more paragraphs about the food here, but for some reason I’m hungry, and thirsty. 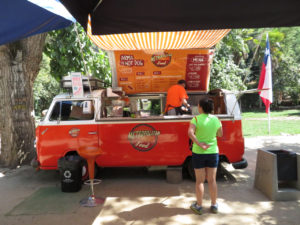 Completo truck in a VW Van–with a flip up roof

Question: Have you found a unique food in your travels that you like, and wish you could find in your home country?