“Toto, I’ve a feeling we’re not in Kanas anymore.”
Dorothy in The Wizard of Oz

A roadrunner, spooked by our Subaru, started racing us down the dirt road. He pulled ahead and after about 35 yards ducked under a barbed wire fence and disappeared across a field. A match against a roadrunner may be common place to people in the southwest, but it’s a special treat for us. 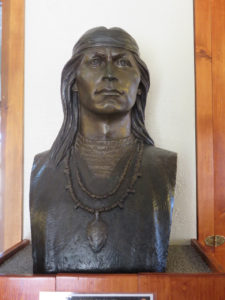 Bust of Cochise at Visitor Center

We were on our way to Fort Bowie, a National Historic Site about two hours east of Tucson, Arizona. The name of the fort is not as well-known as the people it was built to control—Cochise and Geronimo, two leaders of the Chiricahua Apaches.

In January of 1861 a band of Apache Indians raided a ranch near Apache Pass and kidnapped a boy. In response, Army Lt. George Bascom was sent with a force of 54 men to resolve the situation. He confronted Cochise and blamed him for the raid and demanded the return of the boy and property.

Up to this point Cochise and his Chiricahua had lived peacefully with settlers and even provided them with supplies. Because his tribe had not been responsible, Cochise was angered and his tribe engaged in sporadic warfare over the next decade.

Laurie and I hiked from the trailhead a mile and a half to the ruins of Fort Bowie. One of the great things about the site is that it is not a crowded park. The trailhead is at least a dozen miles off Interstate 10, some of it on dirt roads. That, and the hike, discourage casual tourists.

The route passes ruins of a stage station, battle sites, the office of the local Indian Agency, and a cemetery which contains settlers, and the two-year-old son of Geronimo. 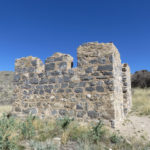 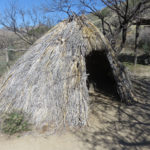 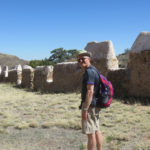 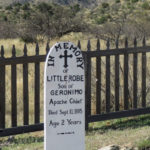 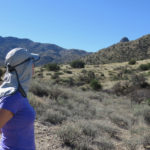 Laurie on the Trail

Fort Bowie was established as a small post in 1862. Six years later a more extensive fort with dozens of buildings, including barracks, officers’ quarters, and a school, was constructed nearby. Today only foundations and a few walls remain of the fort.

Cochise made peace in 1872. But when he died two years later young Apaches became discontented. The federal government tried to control the tribe by relocating them to a desolate reservation in the Gila River Valley. Geronimo emerged as a rebel leader and for a decade waged war in both the U.S. and Mexico. He was forced to surrender in 1876 and exiled to Florida, ending the Apache wars. The remote fort had outlived its purpose and closed eight years later.

Personally, it’s hard to reconcile the violent, and shameful past of the region with our pleasant walk. Our path passed through desert grasslands, cacti, yucca, and agave. While we were warned about rattlesnakes and scorpions, our wildlife sightings were limited to a gopher and pet dogs on leashes. 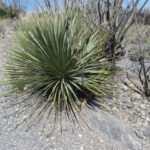 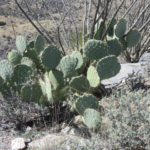 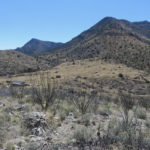 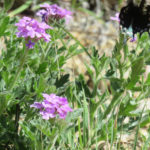 We had a chance to visit with other visitors from around the United States, including coincidentally, a couple from near Tacoma, just a few miles from our home base. The Visitor Center at the end of the trail has some interesting exhibits, water, and a restroom. There is an alternate return path that follows a ridge providing great views of the valley.

Fort Bowie fit right into our goal of visiting less known places, especially those that give us some exercise as part of our day. If your travels take you to the southern Arizona/New Mexico area, we highly recommend it.

Trip Update. After spending three days exploring the Austin area with our friends, Rich and Cathy, we’re setting off to Dallas for three days and then to Houston. We’ll be spending nearly two weeks in Texas overall.