Venturing Into the Apache Death Cave

Posted by Dennis Brooke on Jul 9, 2017 in Travel Update, United States | No Comments

Life is either a daring adventure, or nothing.
Helen Keller 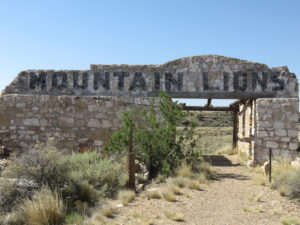 We hear about great places to see from our friends and readers. One of the more difficult to find on this Journey Across America was…the Apache Death Cave.

Twenty-four miles to the west of Winslow, Arizona (yes, the same Winslow from the Eagles song, Take it Easy) the ghost town of Two Guns steadily crumbles along the shoulder of Route 66. Billy the Kidd and his gang once hid out nearby. In more modern days the town was a tourist trap on the Mother Road, complete with a zoo and campgrounds. But it was what was underneath the town that interested me.

In 1878, a group of Apache raiders massacred a Navajo encampment in the area. They kidnapped three girls and retreated with their horses to hide in a large cave that underlies what is left of Two Guns. When Navajo warriors found the Apaches, they sealed up the cave and began to burn them out. One Apache managed to get out and started to negotiate a price for the release of his raiding party. He almost succeeded—until he revealed that the three girl prisoners had also been killed. The Navajos decided to show no mercy and finished them off. 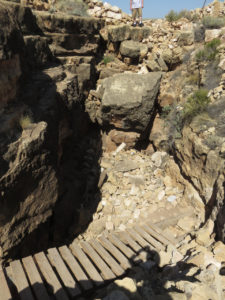 Forty-Two Apaches and their horses died in what is now known as the Apache Death Cave. The raids on the Navajo tribe ended. You can read more detail in this Atlas Obscura post.

Although Two Guns has its own exit off I-40, access is reduced to dirt roads and is fenced off in many places. The “Mountain Lions” sign over the crumbling walls of the zoo is still readable. A 1915 bridge that used to be part of Route 66 still crosses the canyon that runs through the town.

The entrance to the cave itself is difficult to find. I had to call my friend Dick who had originally told me about it. Fortunately, he had the coordinates from his geocaching records which led me to a ramp built on a foundation of two logs. The wooden path led me down into the passageway which was first lit by openings above in the rock. But soon I had to resort to using my headlamp to make my way into the cavern.

Over the years, the death cave has been picked clean. I only saw dust covered stones, a few beer cans, and modern day graffiti passing as petroglyphs. At the end, approximately 75 yards into the hill, there is a column of brick in the center of a cavern. According to Dick, there’s a geocache in this chamber. He confessed that his wife, Joy, was the one who located it.

At the end of the chamber was a tall, narrow slit that looked like a cat could pass through it, but not me. I turned back and left the spirits of the dead to rest in peace. 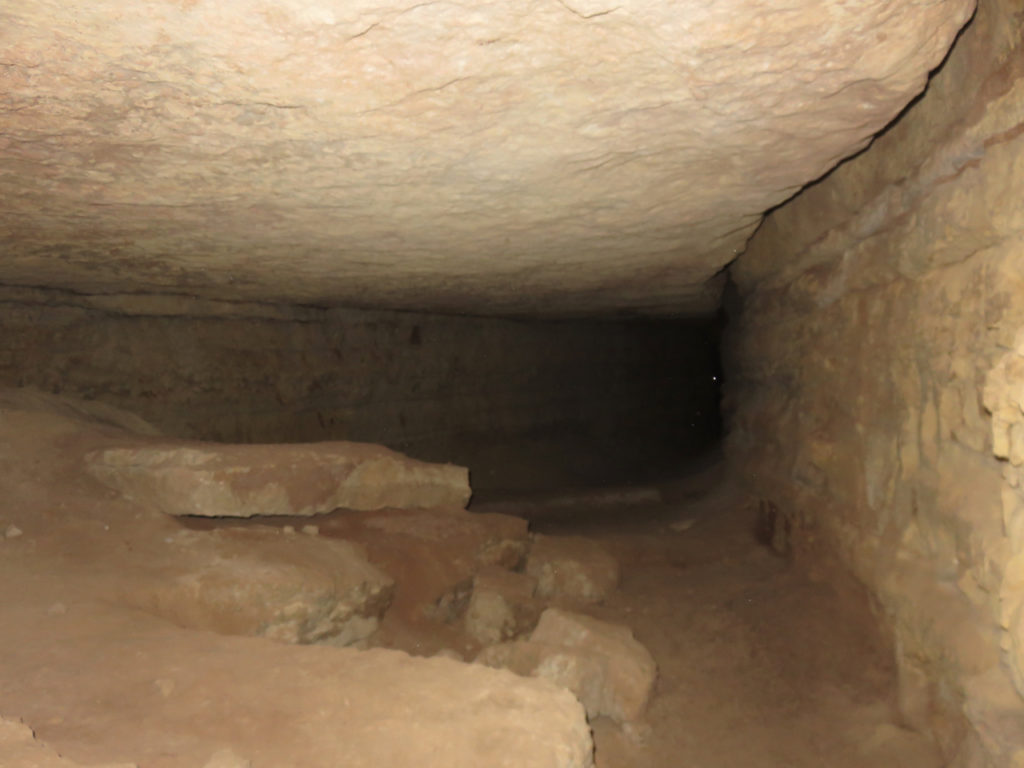 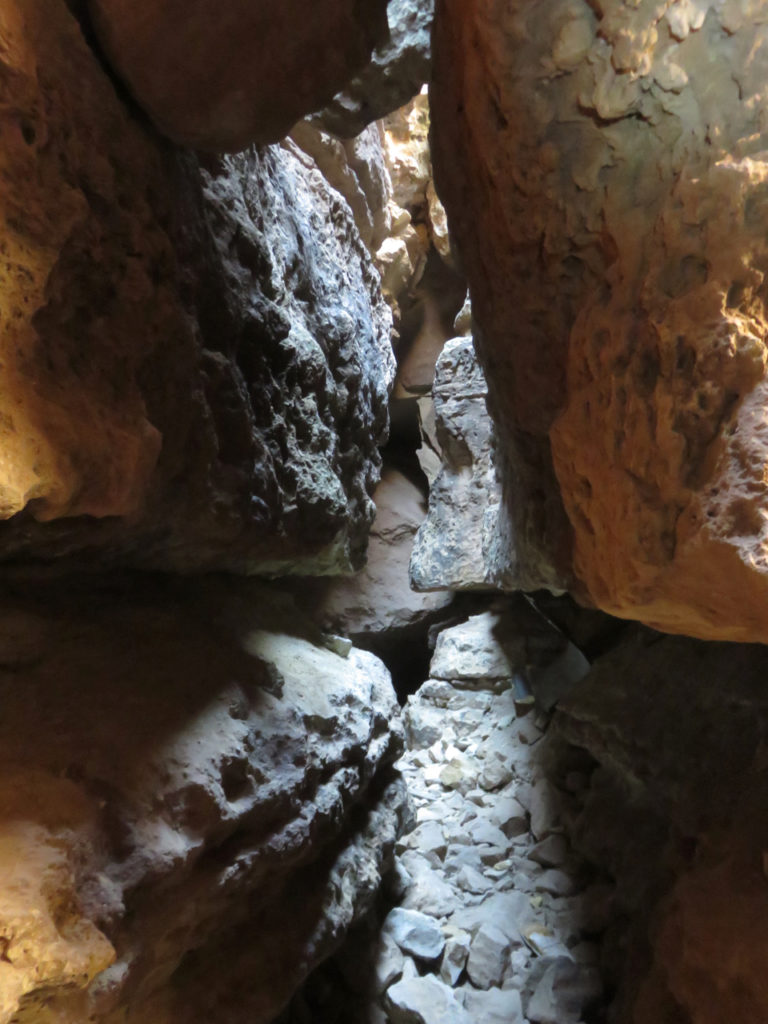 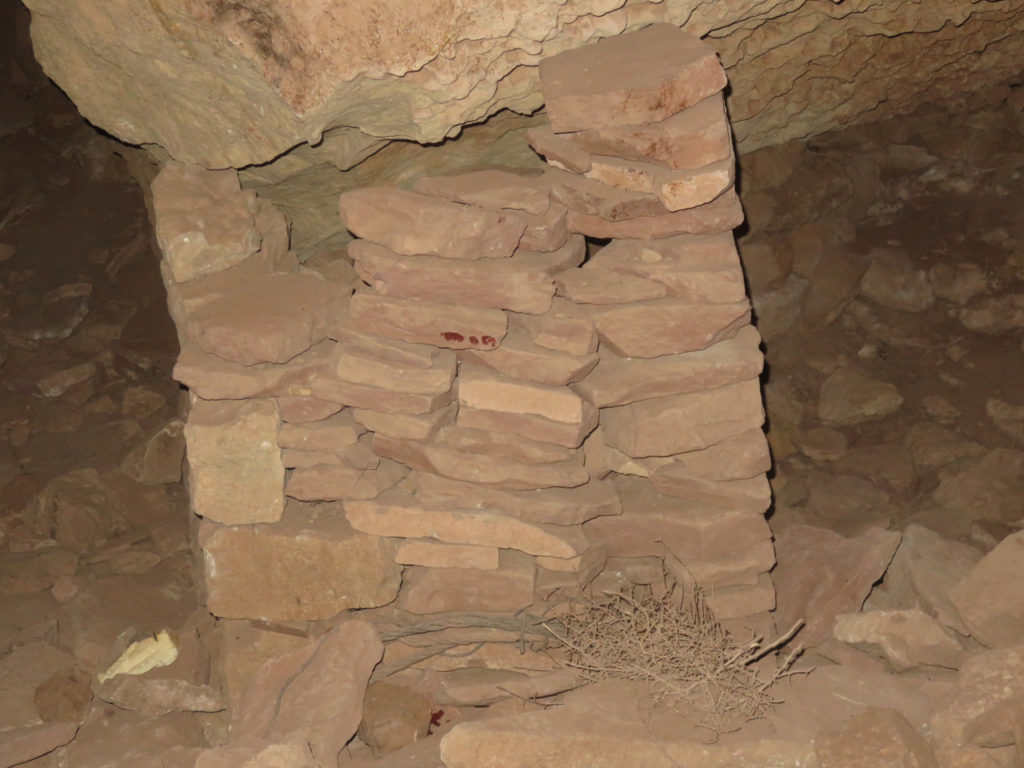 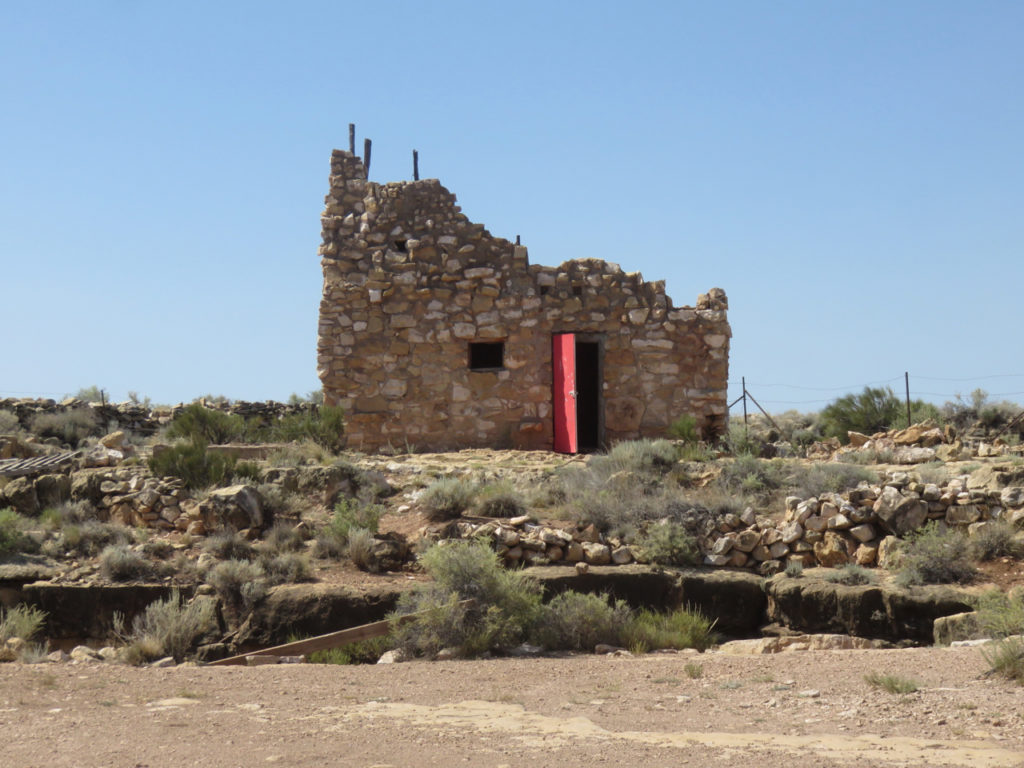 Building Over the Death Cave Entrance

Be aware that Two Guns and the Death Cave are on private land and on unimproved roads. It was once guarded by a caretaker but is now abandoned. You enter at your own risk.

Trip Update. We hit the highlights of Route 66, spent the Nation’s birthday in Venice, California where we entered, and lost, a rubber duck race, and are now heading north.