A Visit to Brazil: The Family from Ipanema

Rio is an energetic, vibrant place, full of beauty and nature. But we face the kinds of problems any developing metropolis does – with pollution, traffic congestion, poverty.
Eduardo Paes

Rio de Janerio is a city blessed with amazing beauty and scenery. It’s also a city in a difficult struggle. 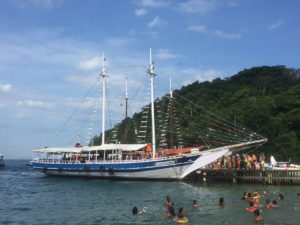 South for the winter

After completing four weeks of Spanish classes in Santiago we headed to Brazil to meet up with our friends Jacques and Valeria. We met them years ago when I taught a project management class in Rio. Shortly after that they came to Seattle with their two elementary school age daughters for a year and a half for a fellowship at the University of Washington. We “adopted” their family and showed them American life and the Seattle area. We’ve kept in touch since and now it was our turn to finally visit them.

We arrived in Rio during the Carnival season and like many of the locals, promptly left for quieter environs. Crowds and noise can turn the city into a zoo during Carnival. 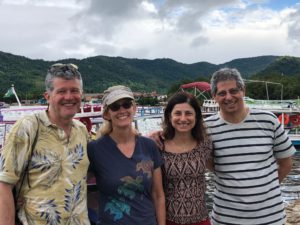 The village of Paraty

town, spent a day on a ship that took us to a variety of islands where we swam in the warm waters of the South Atlantic, and used our meager Spanish skills to try to communicate with Portuguese speaking residents. We also glanced at weather reports for the Pacific Northwest where they were predicting snow.

Back in Rio we managed to see some of the main sites including: 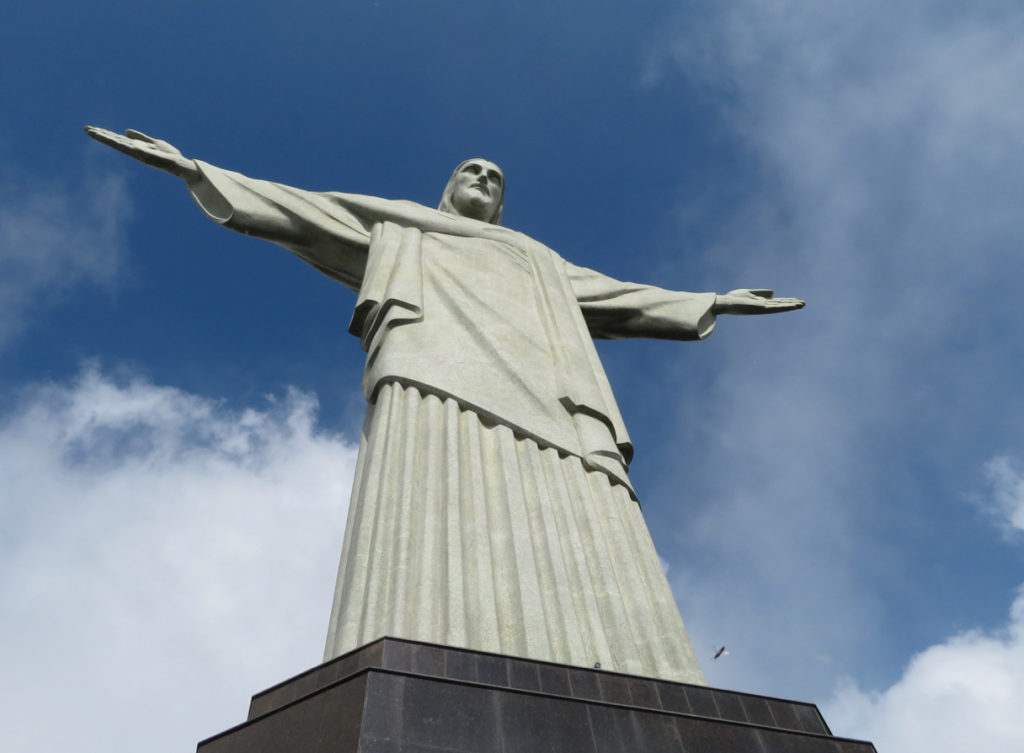 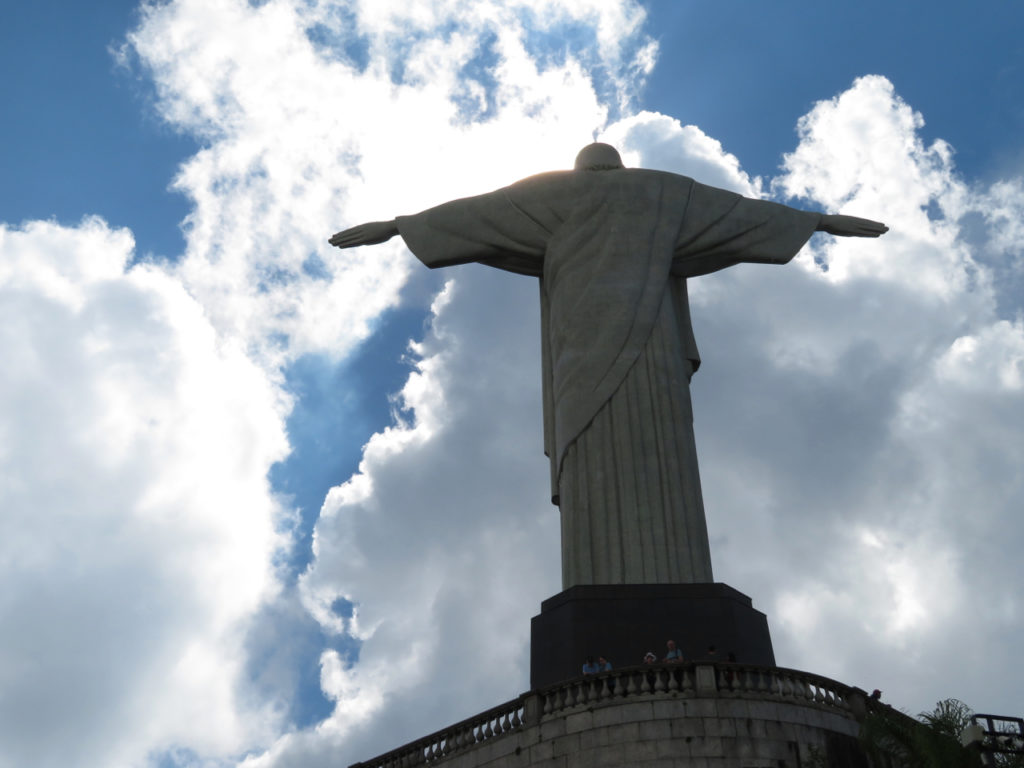 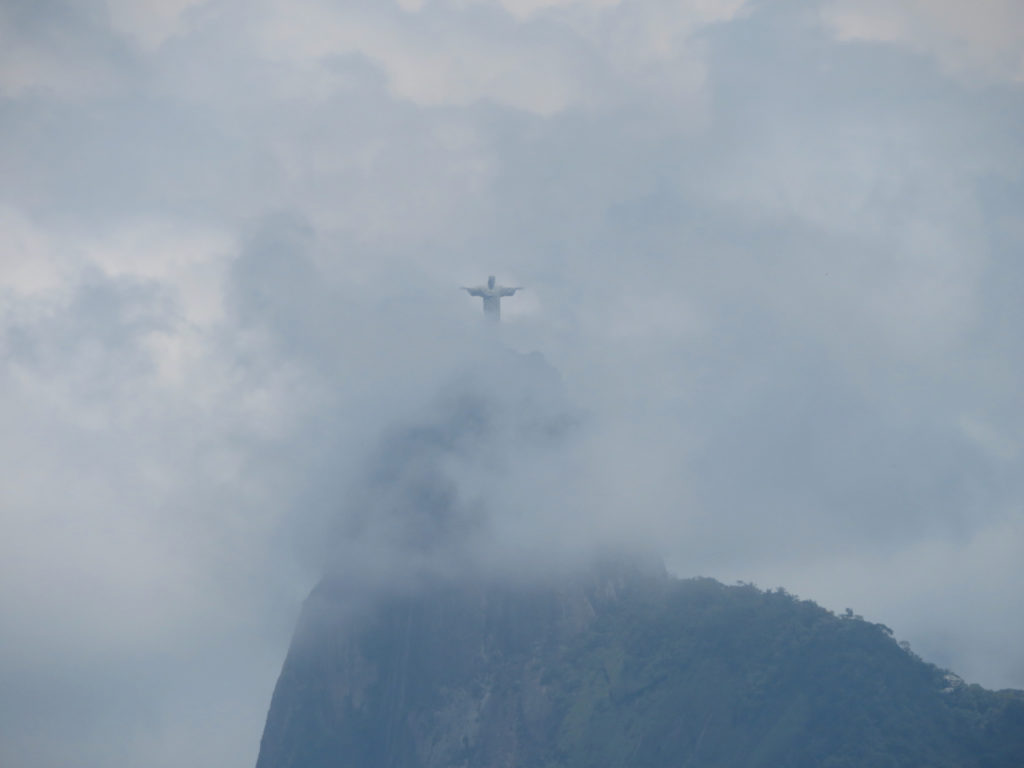 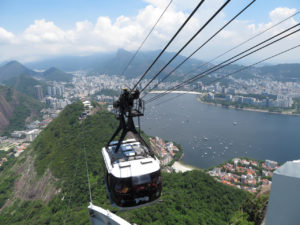 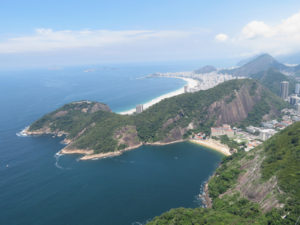 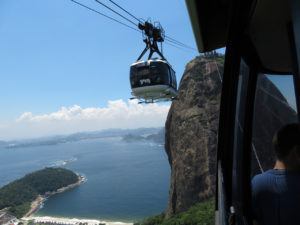 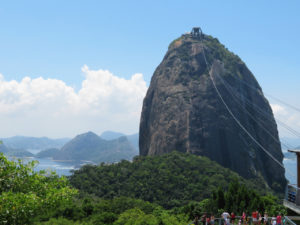 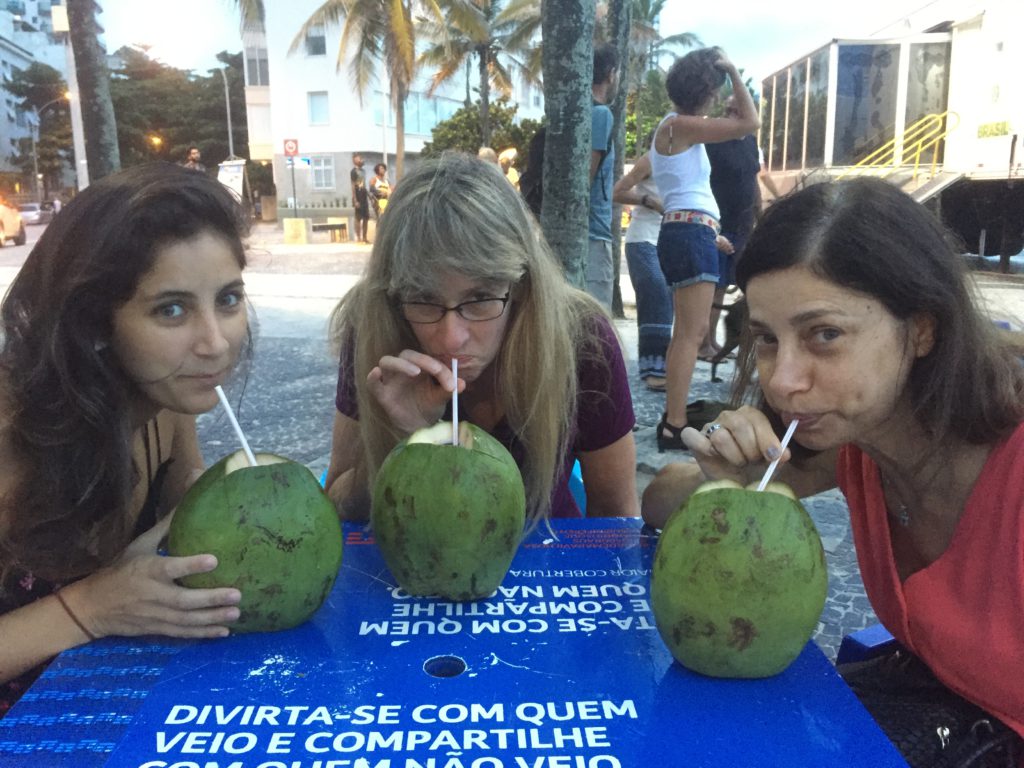 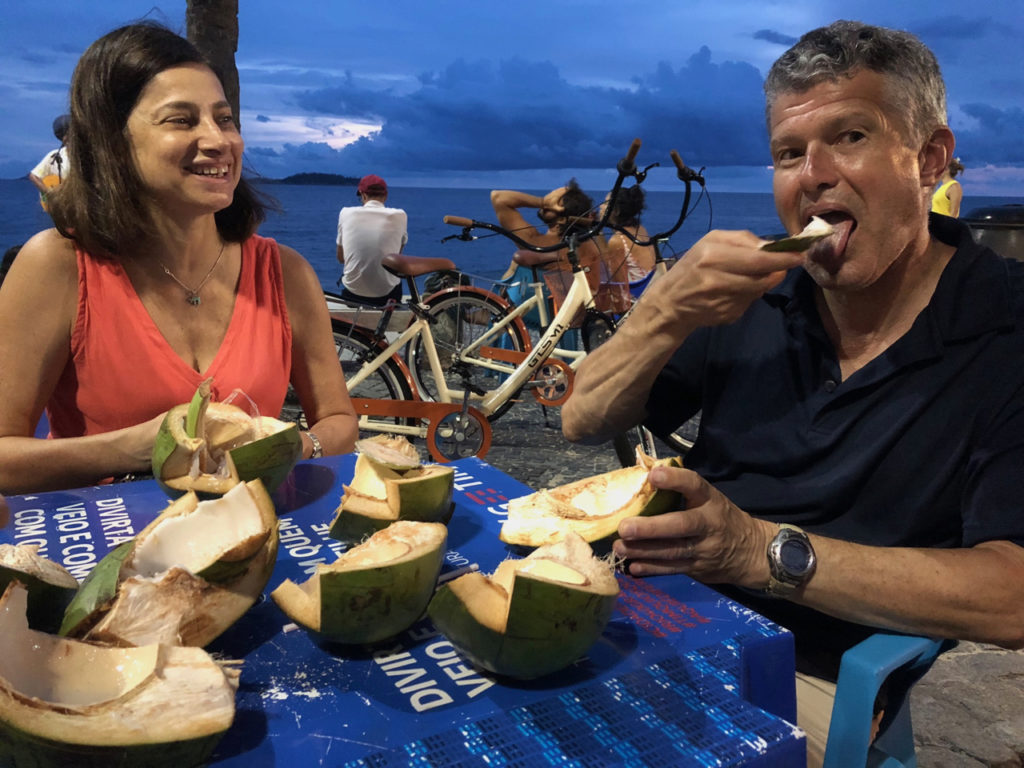 The disappointing part of our trip is that Rio has been caught up in serious public safety problems. During carnival the news showed footage of gangs and teenagers attacking tourists. Before and during our trip we had been warned about crime. And just a few days after Carnival the Brazilian Military was put in charge of security for the state of Rio de Janeiro. The local police now report to them. This isn’t the first time they’ve had to resort to this measure.

We had a blast visiting Brazil and catching up with our friends and getting to know one of the previously elementary school age daughters as an adult. (The other is away studying engineering in Stockholm.) It’s sad to see one of the great cities of the world is suffering. We hope and pray that they can resolve their problems so it becomes a safer place to live and visit.

We took the mountain cable cars to and from Corcovado. But years ago Austrian Felix Baumgartner BASE jumped from the Christ the Redeemer statue. Thanks to my friend Domingo for telling me about this feat. And no, don’t try this yourself.