Posted by Dennis Brooke on Apr 3, 2017 in Travel Update, United States | No Comments

“Not all those who wander are lost.”
J.R.R. Tolkien

Our journey across America gives us an opportunity to get to know more about iconic American businesses. Recently we had a chance to tour and taste at two.

Shiner. Our friends Rich and Cathy took us to Shiner, Texas, home of the Spoetzl Brewery and their flagship beer, Shiner Bock. This was fun for me because years ago I worked for Optika, a Colorado Springs based company that installed a computer system for the parent company of Spoetzl. According to the person at the gift shop, that system is still in operation.

On a personal note, I was a home brewer and SO wanted that project. But they gave it to a different project manager. I never got to go on-site—until now.

Shiner is a small town of less than 2500 residents located about 75 miles southeast of Austin. The brewery was originally started in 1909 by local German and Czech immigrants. Their flagship beer, Shiner Bock, was originally brewed only during Lent, in accordance with German tradition. Bock, or “Goat”, beer, is a richer beer that helps fasting Catholics weather the Lenten season. Spoetzl brewery eventually began to brew it year-round due to public demand.

Two things surprised me during our visit to the brewery:

Stop by if you’re in the area for a fun tour, nice people, and great tasting beers. 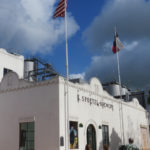 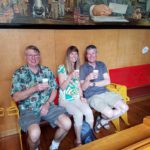 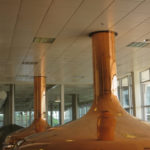 Tabasco. This ubiquitous hot sauce is “brewed” one state over in Louisiana on Avery Island, which is really a salt dome rising from swamp lands that open onto the Gulf of Mexico. We visited the Tabasco plant with our friends Scott and Debbie who reside in nearby Baton Rouge. We’re familiar with the original Red and Green Jalapeno Tabasco varieties that grace the tables at most of our favorite restaurants, but there are an additional five varieties of the pepper sauce. And on the self-guided tour you can taste everything from Tabasco Ice Cream to Tabasco Soda. Sounds dangerous, but my assessment: Yum. 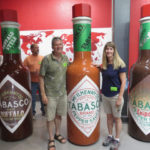 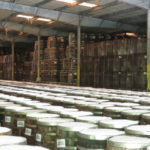 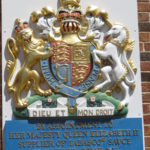 Even the Queen likes Tabasco 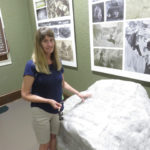 Laurie and salt from Avery Island salt mine 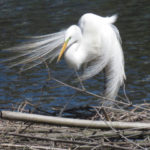 Louisiana is not for wimps 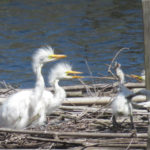 Products that we take for granted are often more fascinating behind the scenes. I’d encourage you to visit Shiner or Tabasco if you’re near their headquarters. Or pick some interesting product closer to home and have your own adventure.

Question. What is an interesting–or terrible–tour you took of a company? Share it in the comments section.

Trip Update. After spending time with Scott and Debbie and reminiscing about our Air Force days and times together, we headed down the road and have settled into the Garden District in New Orleans for five days.

Our basic route is to follow the perimeter of the US until we reach Chicago. Then we follow Route 66 to Santa Monica and arrive there in early July. Many more adventures to come.