Posted by Dennis Brooke on Mar 2, 2018 in Chile, South America | One Comment 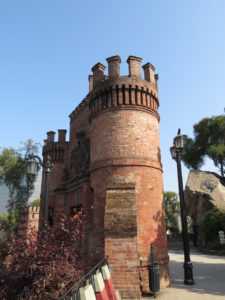 Laurie and I spent four full weeks in Santiago, Chile as students and visitors. The capital city of the skinniest country in the world  has 7+ million residents—more than ten times the population of Seattle. While there we picked up some interesting things about the city and country, many good, some bad.

1. The Metro System. The city has an extensive, easy to use, and modern metro system that connects the downtown with many of the neighborhoods. Fares were very reasonable, and unlike the New York City system, we spotted no rats wandering about. Unfortunately, pickpockets like to frequent the system as well. 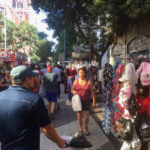 2. People work pretty hard. People hustle to make a living and street vendors are very common. We often bought fruits from a handy fruit and vegetable truck that was parked across from our apartment six days a week. Other vendors sold empanadas, fruit, juices, clothing, etc. from carts or blankets on the street. When traffic stops for lights, jugglers, tumblers and other street performers will put on an act for donations. They seem to do well—other than the street mime who had to move fast to keep from getting run over. Not everyone appreciates them.

3. Food Warning Labels. When we shop for food back in the states we often read the labels to find the healthiest options. Food on grocery shelves in Chile sports warning labels that tell you if it is high in calories, fats, sugar, or… Makes it easier for shopping. Although I do find it a bit unnerving that the minister of health sends text messages about biking more or eating healthier. Is his office observing us? 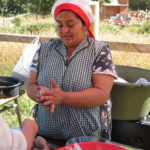 4. First Run Movies are in English. We’ve caught two movies in local theaters and both were in English with Spanish subtitles. Good—because I’m pretty sure if Pantera Negra (Black Panther) had been dubbed in Spanish I would have missed out on a lot of the action.

5. The bad—there are crime problems here. Most stores, including Starbucks, have a security guard on premises. One of our classmates had a phone snatched out of her hands on a tour—but local residents chased the thief down and returned the phone. Another had a necklace snatched in the local market. As mentioned before, pickpockets frequent the otherwise very nice metro system. 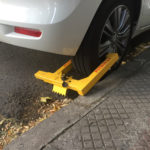 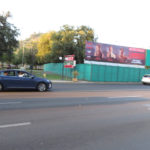 The Pope, zipping by

6. An Active City. There are a lot of extensive parks, hikes, and cultural events in the city. We also saw the Pope (or at least his arm waving as he drove by) and caught a few minutes of a Formula E electric car race through the town. See video highlights of the race here. Note how they sound like slot cars.

7. Chilean Firefighters are all Volunteers. Even in the big cities, the firefighting force is all volunteer but highly professional. Serving as a “Bombero” is considered a great honor and there is a waiting list to become one. 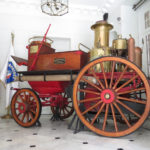 These are just a few of the interesting things we’ve learned about the country, especially the Santiago area. We still have another month in this country so be sure to subscribe so you can keep up to date on other fun facts. 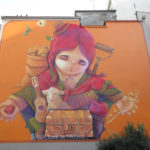 Question: What’s the most interesting or surprising thing you learned about a place or its people during your travels?